Kind of Bloop – An Unhappy Ending 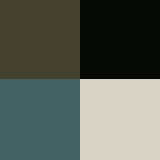 If you were listening to the show back in 2009 when we were on the radio waves, you’ll recall our delight at learning of an 8-bit celebration of the 50th anniversary of the release of Miles Davis’ Kind of Blue called Kind of Bloop.

Well, it seems the project had a less than happy ending which, to cut a long story short, resulted in the mastermind behind the project, Andy Baio, having to settle out of court with a photographer’s lawyers for $32,500.

As you might imagine, the impact of all this has weighed rather heavily on Mr Baio and he’s only now felt able to tell the story. It’s sobering tale, but also one which is very enlightening on the topics of copyright and fair use.

If you’d like to help a fellow out, you can still buy copies of this fabulous album.

This entry was posted in announcement and tagged bleep, bloop, chiptune. Bookmark the permalink.