Posted on February 8, 2009 by projectmoonbase

The Show
It’s a great time for retro-futurists at the moment, with new releases out by Belbury Poly, The Bird And The Bee and Seeland. On tonight’s show we played tracks from these fine recordings as well as more from Johnny Howard, the theme tune from the new Bruce Campbell movie and lots more besides.

The Music
Tempting as it was to do another name-themed show like last week’s Johnny Special, we decided against it but did manage to start this week’s show with a brace of Rays:

DJ Bongoboy and Dr Woods were lucky enough to be in the same room as “greatest actor of his generation” Bruce Campbell this week. He was in town to promote his new movie My Name Is Bruce and hosted a 30-minute Q&A session after a showing of the movie. The song that opens the film and appears several times throughout it was written and performed by the McCain Brothers and they have kindly made it available from their website:

The heavenly West Coast (of the US) duo The Bird And The Bee have a new album out and a lovely thing it is too:

Then it was time for another new release in the form of the magnificent new album by Belbury Poly:

Followed by a track from a band new to us on the Moonbase – a Brighton ensemble by the name of Hamilton Yarns who are exploring similar territory to the likes of Belbury Poly but coming from a more acoustic angle, doing some of their recording outdoors.

Now another Ghost Box artist, The Advisory Circle, started out under a different moniker – something we only found out this week. We are glad to report that his earlier recordings are just as great:

DJ Bongoboy and Jake King (from Planet Earth Rock and Roll) went to a record fair in Edinburgh on Saturday and came away with a few tasty treats, including a couple of CDs of music by the great Roy Budd:

Next up it was time for this week’s arrangement of Caravan. This one comes courtesy of our roving musicologist Fuz and is an arrangement by and featuring the great jazz pianist Stan Tracey:

Followed by a track from an album with one of the best covers I’ve ever seen: 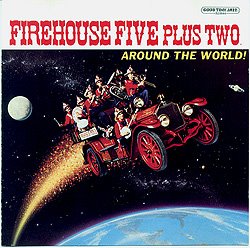 We closed the show by paying tribute to Lux Interior of the Cramps who sadly left us this week:

This entry was posted in playlist and tagged leithfm. Bookmark the permalink.