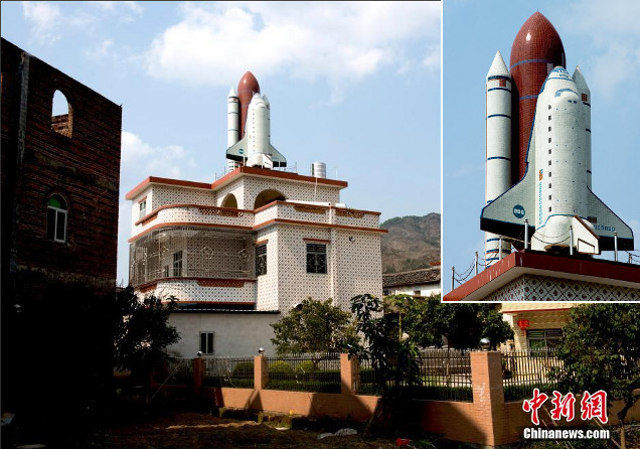 China  seems to be the new home of  delightful eccentricity. A Chinese farmer has built a space shuttle on top of his house.

Meng Ni, 63 dreamed of becoming an astronaut  when he was a child.But since he lived in the remote village of Xiapu, Guangdong province it was not going to happen. So instead he became a successful farmer. But he never forgot  his childhood dream and eventually decided to build a life-size replica of a space shuttle on his roof. Which all seems very reasonable to me. What is money for, if not to build space ships and maybe irritate your neighbours? Apparently it offers a breathtaking view of the surrounding countryside.